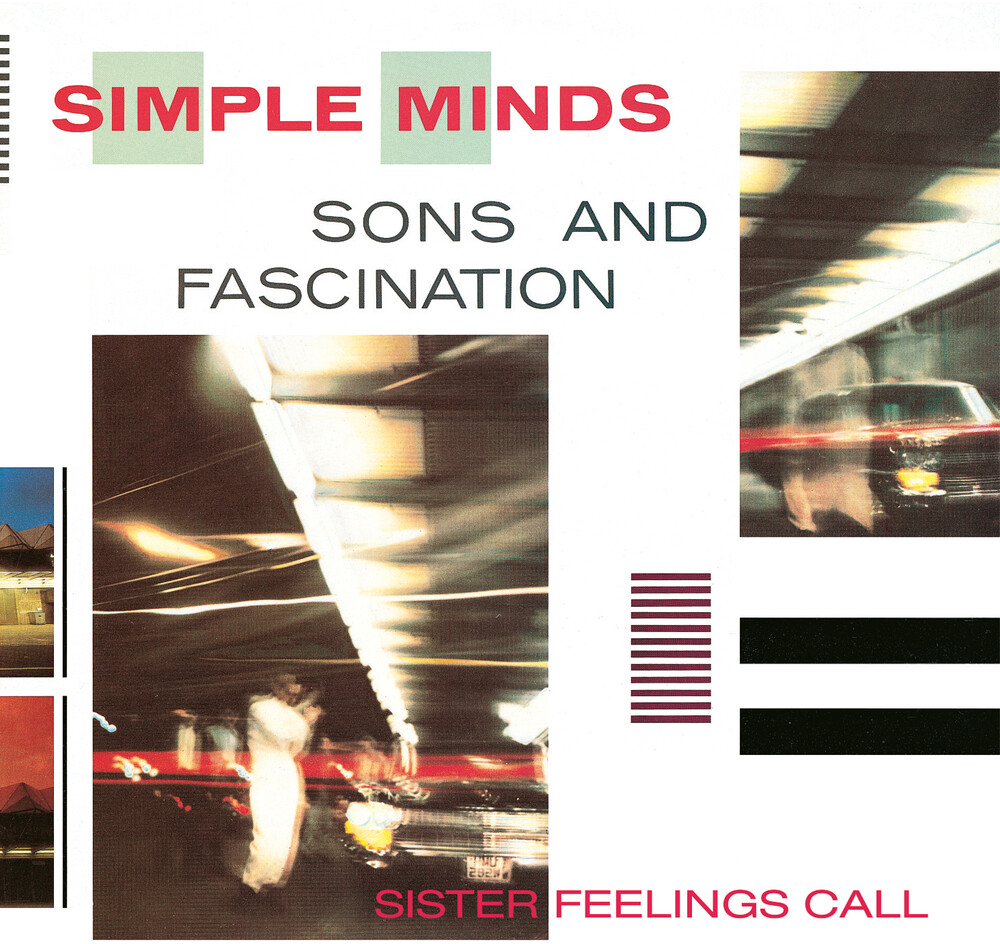 For their fourth album in three years, Simple Minds signed on with Virgin and enlisted Gong's Steve Hillage as producer. The sessions continued the group's impressive run of high-quality output. Though their work with Hillage hardly spawned anything on a plane with the two albums that preceded it and the one that followed it, it's still a substantial piece of the Simple Minds puzzle. Bridging the art disco of Empires and Dance with the pop masterpiece New Gold Dream, the album falters when the band seems to be reaching a bit too far for their own good. The record isn't without moments of brilliance, like the exquisitely detailed "70 Cities As Love Brings the Fall" (a great balance between grand melodies and bizarre noise), the insistently snaking "In Trance As Mission," and "Sweat in Bullet," which has sparkling keyboard parts and crafty guitar interplay. Aside from these moments, the mind tends to wander and wonder if the band was trying to do too much. Upon it's release, Sons and Fascination was issued for a limited time with a bonus LP, the scattered Sister Feelings Call, which includes a great pre-Sons and Fascination A-side ("The American"). When Virgin re-issued Sons and Fascination in 2003, the complete Sister Feelings Call was tacked to the end.

''Sons and Fascination/Sister Feelings Call'' is the current common title (see the 2002/03 CD re-issue) for what were once two technically separate releases by Simple Minds, both assembled from the same sessions and released at the same time and, in some instances, sold as a double-LP set. Since the current CD version contains all the tracks once split onto two LPs, with their respective track running orders preserved, ''Sons and Fascination/Sister Feelings Call'' may be considered a single album with a near 80-minute running length, ie the band's fourth studio album.

These albums were the first recordings the band made for Virgin Records (having ended their contract with Arista) and their first with producer Steve Hillage, who was a guitarist in the hippy progressive rock band Gong. One thing Hillage and Simple Minds had in common was a love of krautrock music. - Wikipedia